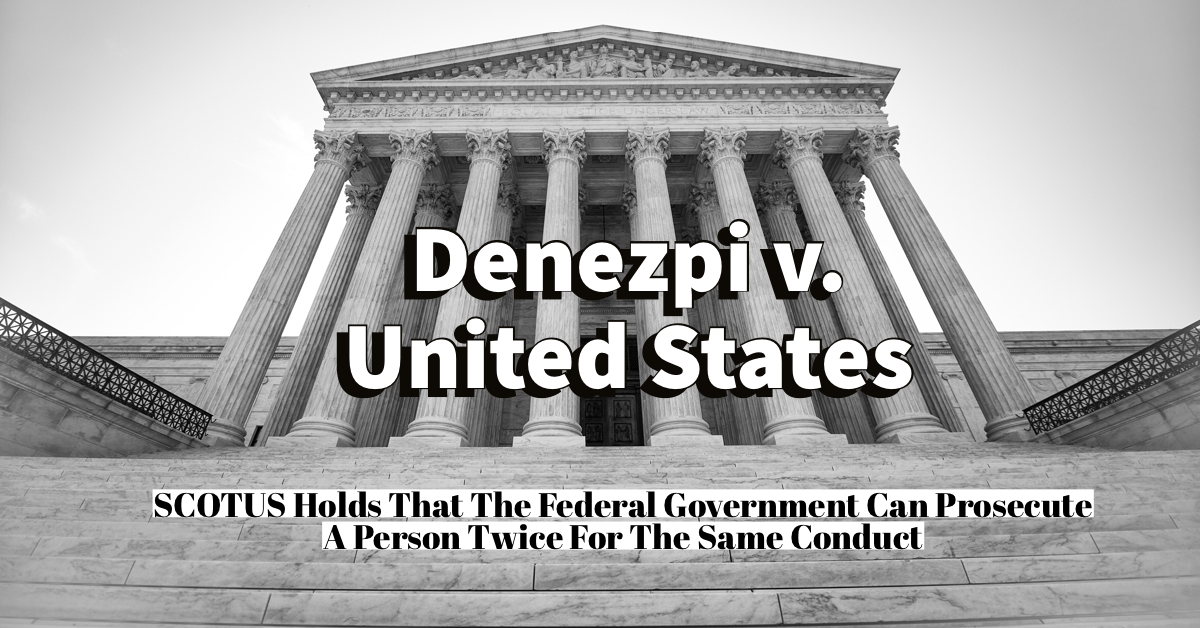 Generally, the Fifth Amendment to the Constitution prohibits the government from retrying an individual who has already been prosecuted for that same conduct.  This is commonly referred to as the “Double Jeopardy” clause, which states, “[n]o person shall…be subject for the same offense to be twice put in jeopardy of life or limb.”  This clause, among other things, prevents the federal government from retrying an individual who has been found not guilty of an offense.  But it’s application is much more far reaching.

In Denezpi v. United States, the Supreme Court considered an interesting issue involving whether the federal government’s prosecution of an offense committed on tribal lands under tribal law precluded its prosecution of a federal offense under federal law under the Double Jeopardy clause. Mr. Denezpi committed a sexual assault on tribal land.  His particular tribe took advantage of a longstanding court system called CFR courts where federal prosecutors exercise federal authority in prosecuting violations of tribal law.  Most Indian tribes have established their own court system, but some tribes, mainly due to a lack of resources, still utilize CFR courts.

Mr. Denezpi was charged with and pleaded guilty to assault and battery in the CFR court for violating a tribal ordinance. He was subsequently charged in Federal District Court with aggravated sexual abuse in Indian country.  He moved to dismiss the Indictment on Double Jeopardy grounds, but the District Court denied the motion.  He appealed to the Tenth Circuit Court of Appeals, which affirmed the District Court’s decision.  The Supreme Court subsequently granted certiorari.

So, in Mr. Denezpi’s case, even if the federal government prosecuted him in both cases, they did so on behalf of different sovereigns and therefore for different “offenses.”  The first prosecution was for committing the offense of assault and battery under tribal law.  That tribal law is enacted by the tribe’s governing body.  The second prosecution was for aggravated sexual abuse under federal criminal law. That law was enacted by Congress.  So, even though the federal government brought the prosecution in both cases, it did so for separate offenses under separate sovereign authority (tribal and federal).

It remains to be seen how this rather unique set of facts applies to a more general Double Jeopardy framework, but the issue is settled that one sovereign (federal government) can prosecute an individual multiple times for the same conduct, as long as the prosecution is not for the “same offense.” 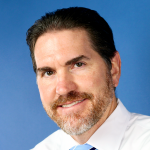 SLG partner Jeremy Lasnetski has more than 20 years of criminal trial experience.  He has represented clients in the Jacksonville federal criminal court since 2008.  Before that, he was a state prosecutor between 2001 – 2008 handling gun crimes, organized crime, homicides, and more.  He was also the division chief of the repeat offender unit. If you need a federal criminal defense attorney in Jacksonville, call Lasnetski Gihon Law at 904-642-3332 to discuss your federal criminal case.