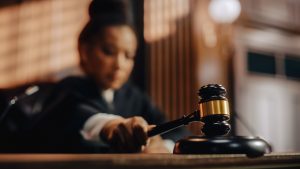 In a unanimous decision, the Supreme Court, with a decision written by Justice Kagan and accompanied by four concurring opinions, held that the term “occasions different from one another” is not wholly dependent on timing.  The Court took a broader view of the term holding that timing, proximity of location, and character and relationship of the offenses are all factors that need to be considered by the court.  In Mr. Wooden’s case, the Court found that common sense dictated that his action of burglarizing ten storage units in one storage facility, one after the other, was one occasion.  Mr. Wooden committed his burglaries on a single night, uninterrupted at one location with one address in a nearly identical fashion under the same scheme, with the same motive and the same means.  Therefore, his ten burglary convictions counted as only one occasion for purposes of the Armed Career Criminal Act.  The Supreme Court reversed for Mr. Wooden to be resentenced under the non-ACCA provisions which included a maximum sentence of ten years and guidelines of 21 months. 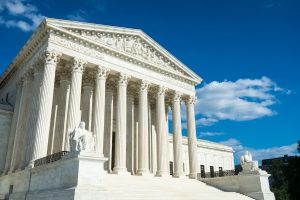 It is difficult to predict how far this decision will take us.  Each judge will have to determine whether multiple criminal convictions arose from the same occasion.  Most of the time, the analysis will be easy.  But what will the judge decide when there is a client who has three prior burglaries all arising from the same day, but different locations and different time periods in the same day?  What will a judge decide if a client has three prior drug sale convictions all arising from the same day but to different people?  These will be issues litigated and appealed to further develop this area of case law.  For now, the Supreme Court has created a case-by-case fact-specific test for district judges to use taking into consideration time, location, and character and relationship of the offenses.

SLG partner Jeremy Lasnetski has more than 20 years of criminal trial experience.  He has represented clients in the Jacksonville federal criminal court since 2008.  Before that, he was a state prosecutor between 2001 – 2008 handling gun crimes, organized crime, homicides, and more.  He was also the division chief of the repeat offender unit. If you need a federal criminal defense attorney in Jacksonville, call Shorstein, Lasnetski, & Gihon at 904-642-3332 to discuss your federal criminal case.