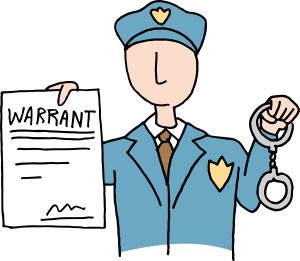 In Florida, the general rule is that the police cannot search a person’s property without a search warrant or specific consent from the owner of that property.  There are exceptions, of course, but a police search without a search warrant or consent is generally going to be illegal.  When the police arrest someone, they can always search that person because the police have a right to determine if the suspect has any weapons or evidence that can be destroyed on him/her.  However, that search is generally limited to the person and only after a valid arrest.  The police cannot go searching a person’s vehicle or home just because of an arrest.

In a recent drug case near Jacksonville, Florida, the police had an outstanding warrant for the defendant and received a tip that he was at a particular residence.  They located the suspect and arrested him in the front yard.  The police then walked around to the back of the residence and looked through a window where they saw guns and illegal drugs inside the house.  They used this information to obtain a search warrant to search the house and seize the guns and marijuana.

The criminal defense lawyer filed a motion to suppress the evidence of the guns and marijuana arguing that the police did not have a legal basis to walk to the back of the defendant’s property to look through the window.  Police cannot walk into a person’s home to search without a search warrant or consent, and this also applies to what is called the curtilage of a home, which is the area of land surrounding a residence including any closed structures.  In this case, the area next to and behind the house was considered the curtilage.  It is often considered the area adjacent to the home where the public is not normally expected to go.  For instance, a member of the public might walk up a person’s driveway to knock on the front door, but he/she is not likely to walk around a house and look through windows on the side or back of the house.

In this case, the police made their arrest and had no specific information that there was a continuing risk to their safety or the preservation of evidence.  Therefore, they had no legal right to search around the house, and the evidence they located was suppressed.