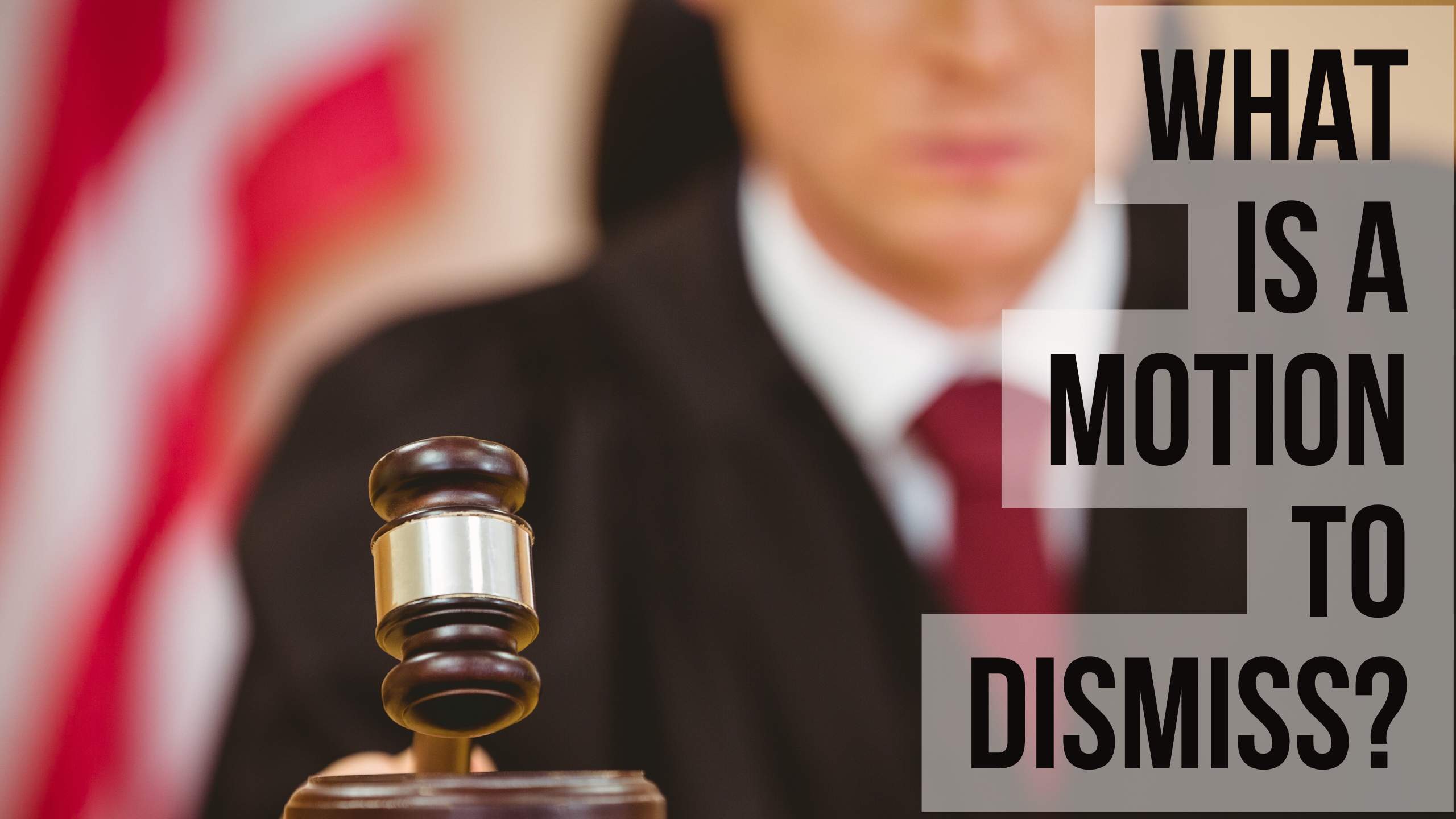 A Motion to Dismiss a request to a judge to throw out a count or counts against you.  In Florida, there are several different types of motions to dismiss that your criminal defense lawyer can file, including motions based on being pardoned, double jeopardy, and immunity. However, the most common motion to dismiss in criminal law is commonly referred to as a C4 Motion.  A C4 Motion, under Florida Rules of Criminal Procedure 3.190(c)(4), alleges that there are no material disputed facts and the undisputed facts do not establish a prima facie case of guilt against the defendant.

When would a Motion to Dismiss be appropriate in my case?

A C4 Motion to Dismiss is not going to be appropriate in most cases.  Whenever there is any disputed facts in a case, your attorney would not file a motion to dismiss because the prosecutor would file a traverse and the judge would deny the motion without a hearing.  A C4 motion is only appropriate when you and the prosecutor agree on all of the material facts, but you disagree on whether you committed a crime.  For example, if you were charged with child abuse after a video of you spanking your child was discovered and disclosed to the police, the material facts would probably not be in dispute.  The facts that led to the charge are on video for all to see.   However, the prosecutor may allege that you committed child abuse and your criminal defense attorney may file a motion to dismiss alleging, as a matter of law, there was no crime committed.  In other words, your attorney would look at the statute and the prior case law and try to convince the judge that your actions did not rise to the level of child abuse.

What is contained in a C4 Motion to Dismiss?

The facts in a C4 motion must be sworn to.  Typically, the defendant will swear to the facts in the C4 motion, however, when there are other witnesses who can swear to the requisite facts, it would be in the best interests of the defendant to have that witness swear to the facts, rather than the Defendant.  The C4 motion will contain the specific undisputed facts, a discussion of the appropriate case law, and an analysis of why the undisputed facts do not establish a crime.

What is a traverse?

A traverse is a response from the prosecutor alleging facts that are disputed.  For example, in our child abuse example, the prosecutor may allege that there were more egregious actions on behalf of the defendant before or after the video started rolling.  If the defendant denies these allegations, then the motion to dismiss would be denied, because it would be up to a jury to decide which facts were true and which facts were not true.

What happens if a Motion to Dismiss is granted?

What happens if a Motion to Dismiss is denied?